Starbucks Corp will pause advertising on all social media platforms as it explores the best ways to help stop the spread of hate speech, the company said in a statement on Sunday.

Although Starbucks did not explicitly name Facebook in the statement, its move comes as a growing movement to boycott the social network for not doing enough to stop hate speech on its platforms gathers steam.

“We believe more must be done to create welcoming and inclusive online communities, and we believe both business leaders and policy makers need to come together to affect real change,” the statement said.

The company will “have discussions internally and with media partners and civil rights organizations to stop the spread of hate speech”, the statement said.

A CNBC report on Sunday added that this social media pause by Starbucks will not include YouTube, which is owned by Alphabet Inc’s Google. It will continue to post on social media without paid promotion.

It also said that though Starbucks is pausing advertising, it is not joining the “Stop Hate For Profit” boycott campaign, which kicked off earlier this month.

“We have strict content policies in place and have zero tolerance when they are breached, we take action,” Verizon’s chief media officer, John Nitti, said in a statement about its move. “We’re pausing our advertising until Facebook can create an acceptable solution that makes us comfortable and is consistent with what we’ve done with YouTube and other partners.”

Facebook acknowledged the growing pressure on a call with advertisers on last week, where a Facebook executive admitted there is a “trust deficit” with its clients on the platform. 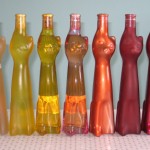