Women put more effort into dieting than into their relationships, a new survey has found, which leads them to think more about food than sex.

And 10 per cent of those surveyed revealed they would feel guiltier straying from their diet, than being unfaithful to their partner.

The most common reason for women in the UK to start a diet is trying to attain ‘the perfect beach body’, while one in seven said they were motivated by cruel taunts over their weight. 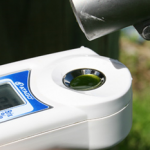