Kloovenburg Wine and Olive Estate in the Swartland made front page news on Sunday for all the wrong reason. According to a report in the City Press, 46 women are living packed like sardines in two metal containers and two dilapidated bungalows with no functioning ablution facilities. They described their conditions to City Press this week as a “living hell”. 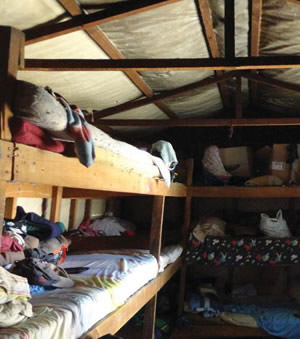 The area – and the farm – was hit this week by the wave of strike action that has rolled across the Boland. The daily wage and living conditions of farm workers are at the heart of the protest action, which has turned violent in some areas.

The 300-year-old multi-award-winning Kloovenburg estate is one of the most prized wine and olive estates in Western Cape. The 300-hectare farm produces award-winning wines that are sold at Harrods in London and its olive oil has been named among the best in the world.

The owner of the estate, Pieter du Toit apparently imports the women he works with every weekend from townships across Cape Town.

On Thursday, Du Toit obtained an urgent interim order preventing the women from engaging in an illegal strike. Papers in Du Toit’s Labour Court action confirm the women are imported from Langa and Khayelitsha townships. They are collected on Sunday nights and returned on Friday afternoons.

The workers said Du Toit paid them R70 a day for working in his vineyards. They have no benefits.

Du Toit, however, said in court papers that he paid the women R75 a day, which is above the minimum daily wage of R69.

Confronted on Friday with the claims from his workers, Du Toit threatened court action to stop publication of the material. He was offered a number of opportunities to respond and to take our reporter to the property to disprove his workers’ claims, but he didn’t. Through his lawyer, Du Toit described their allegations as “defamatory”, “inflammatory” and untrue.

The women were ordered to board a truck last Thursday and were taken to Wellington’s station, where they took the train back to Cape Town. Confused workers feared they had been fired. “We are finished,” said one. “Du Toit threw us off. We are going home with nothing.”

The workers photographed their living conditions for City Press hours before they were trucked away.

It is unclear what the fate of the women is and whether they will return to Kloovenburg this week. 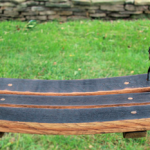