Access to the Hendrick’s Gin Palace, which sits on the South Ayrshire coast of Girvan, Scotland, is strictly by invitation only.  Since it opened in October 2018, Ms Lesley Gracie, Master Distiller of Hendrick’s, has welcomed over 1,700 international guests from the realms of bartending, media, and culture, sharing some of the secrets of the creation of this most unusual gin.

While Ms Lesley Gracie continues to experiment in her lab at the Hendrick’s Gin Palace, due to COVID-19 she is temporarily unable to welcome guests to her wonderful playground, so Hendrick’s needed to utilise another way to bring its most peculiar process of making gin to the world.  A cinematic tour of the distillery, which marries the real and surreal brand worlds of Hendrick’s whilst being simultaneously educating and entertaining, proved to be just the ticket.

The film was designed to bridge the gap between the hyper-real Hendrick’s brand world and the very real Hendrick’s Gin Palace and provide a greater understanding about the highly inefficient and remarkably peculiar process that goes into making Hendrick’s Gin.  The film was produced by Saturday Studios, directed by BLOK, the script tweaked by the brilliant Joe Coles and stars The Gazebo Effect’s Max Berendt and Hendrick’s Global Brand Ambassador, Mr. Ally Martin.

Ally Martin, Hendrick’s Global Ambassador commented: “When I first joined Hendrick’s Gin, acting was nowhere to be seen on the job spec but given the highly theatrical nature of how we bring Hendrick’s Gin to life, it now seems to be an essential part of my day job.  Telling the liquid story is important to us.  The thing that makes us unusual isn’t our delightful and charming events, it’s not our brand world, and it isn’t even our cucumber garnish.  Everything we do and every way we behave links back to one thing and one thing only: our liquid.  Seeing that liquid being brought to life in this way is an incredibly useful tool in our global advocacy efforts.”

The Hendrick’s Gin Palace distillery tour film sees a fictional roving reporter jump down from a hot air balloon into the private walled garden in front of the Hendrick’s Gin Palace, where he is then whisked away on a telling tour of the palace.  After fighting through the foliage in one of the distillery’s hothouses, where Ms Lesley Gracie tends to all manner of unusual botanicals, our reporter proceeds to take notes as Ally Martin, Hendrick’s Global Ambassador, hurtles the names of the 11 different botanicals used to make Hendrick’s Gin at him.  The pair then visit the imposing still rooms that dominate the distillery and comprise two utterly dissimilar stills: a vintage Carterhead and an antique Bennett still.  Then suddenly a surreal dream scene reminiscent of American Beauty ensues, depicting the consummation of the gin with its coup de grâce of rose and cucumber.

The film’s release also coincides with International Gin & Tonic Day on October 19.  From a drink once at risk of falling out of favour, gin has come roaring back in popularity, and well over 200 million Hendrick’s Gin & Tonics are now being imbibed globally each year.  Hendrick’s Gin is widely credited with sparking a ginnaissance and since its launch in 1999, Hendrick’s Gin is now enjoyed in over 90 countries worldwide.

The recent expansion of capacity at the Hendrick’s Gin Palace has allowed Ms Gracie to release a number of curious concoctions.  Finally, she now has the space and resources to innovate at scale; which she’s already made good on by releasing no less than three limited edition gins from the Cabinet of Curiosities globally: Hendrick’s Midsummer Solstice, a floral celebration of midsummer, Hendrick’s Amazonia, a tropical gin based on Lesley’s memories of her Venezuelan expedition, and a once in a blue moon release of Hendrick’s Lunar Gin, set to expand its footprint beyond the shores of the UK in 2021.  Experiments abound in Lesley’s lab, and just last year she led Hendrick’s first foray outside of the gin category with Hendrick’s Absinthe, which reimagines absinthe as a super-premium botanical spirit designed to be mixed into modern cocktails.  Rumour has it there are more new creations in play. 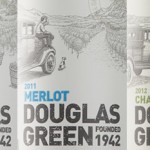