Casinos and beverages have gone hand in hand with each other since as far as we can remember. Whenever we think of James Bond hitting the high roller tables at the Casino Royale, its hard picture him without his signature Vodka Martini in hand – and god forbid it’s stirred!

The truth is playing card games while enjoying a drink has been a hobby of many since the dawn of casinos back in 17th century Italy. In the United States, the first gambling establishments were actually Saloons, where travelers would gather to meet people, have a few drinks and even gamble some of their hard earned winnings.

Once modern casinos came into existence, it became the norm to drink for free while one was playing – a courtesy extended by the house to keep players at the table longer and, of course, attempt to diminish their rational abilities in hopes of gaining an edge on them.

While we definitely don’t recommend drinking enough to give them that satisfaction, we’ve put together a list of some of the most popular casino drinks you can order on your next visit to your local casino- For those of you that prefer playing from slot games from the comfort of your own home, we’ve also included the recipes of all the cocktails so that you can make them yourself and treat yourself to a Casino themed evening without leaving your living room. 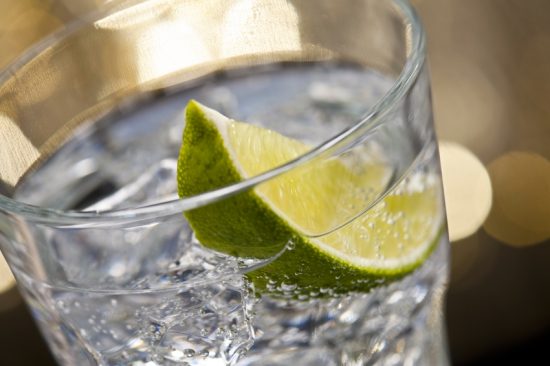 Perhaps the most classic of Highball cocktails, Gin and Tonic was introduced to the world by the army of the British East India Company in India in the early 18th century, as a form to make tonic water pleasant to drink for medicinal purposes. Experimenting with different ingredients they struck gold when mixing it with Gin and a beloved new favorite was born. 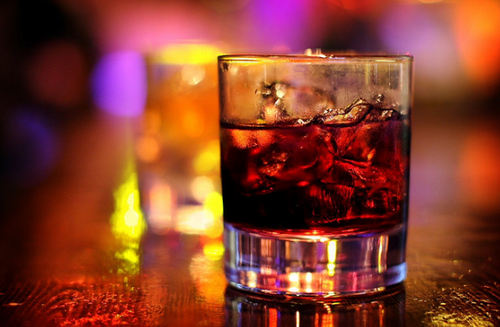 Everyone’s favorite Tennessee whiskey – also known as bourbon – combined with the most popular soft drink in the world. What could go wrong? Jack and Coke has been a staple since 1907 and has only grown in popularity since. Since the death of Motörhead frontman Lemmy Kilmister, his favorite drink has now also been officially dubbed the “The Lemmy” by Food and Beverage magazine. What an honor! 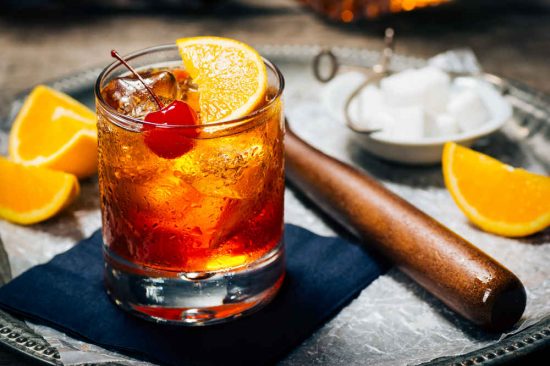 Feeling like drinking something extra fancy? Treat yourself to Don Draper’s drink of choice – an Old Fashioned! Popularized in the late 19th century, this drink perfectly blends a slightly sweet taste with a stronger boozy taste. Definitely the drink for a real man’s man – or woman! 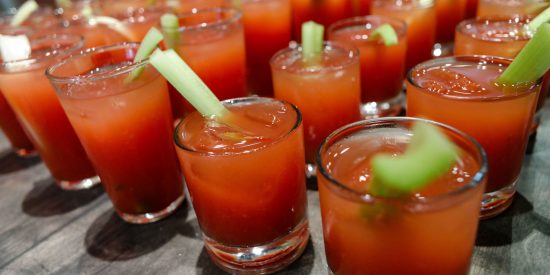 “Bloody Mary full of vodka, blessed are you among cocktails. Pray for me now and at the hour of my death, which I hope is soon. Amen.”

If you find yourself in the shoes of Sterling Archer – praying for death in the middle of a terrible hangover – then a Bloody Mary is certainly the drink you want by your side! Allegedly invented in Harry’s New York Bar in Paris, a frequent hangout of Pappa Hemingway, this hair of the dog drink is perfect for those Vegas hangover recovery casino sessions.

Just don’t say its name 3 times in front of a mirror! 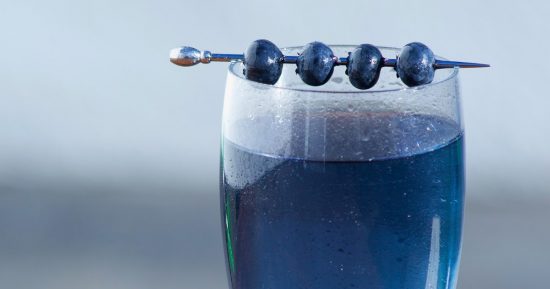 Feel like bringing out the Viking in you? Raid the house while drinking this delicious blue cocktail, known for being both strong and yet tasty and easy on the palate. With a strong taste of mint, and hints of orange, honey and oak, this delightful cocktail is worthy of the Norse gods! 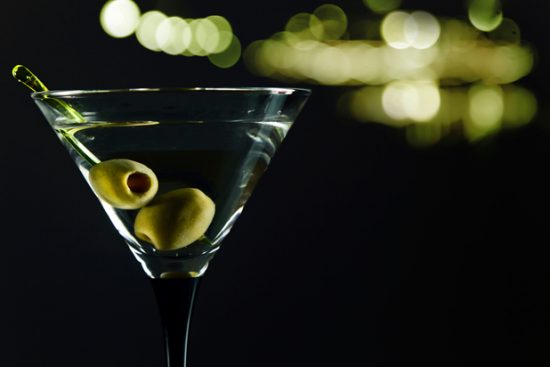 We’re in full James Bond territory now! Called “the only American invention as perfect as the sonnet” by American writer H. L. Mencken, Martinis are said to have been invented in San Francisco in the 19th century. It became a hugely popular drink, however, during the era of the prohibition since bootlegged gin was one of the most plentiful spirits found at the time.

While there are hundreds of different martini variations – most of them including gin and vermouth, let’s stick with our 007 theme and treat ourselves with a Vodka Martini. 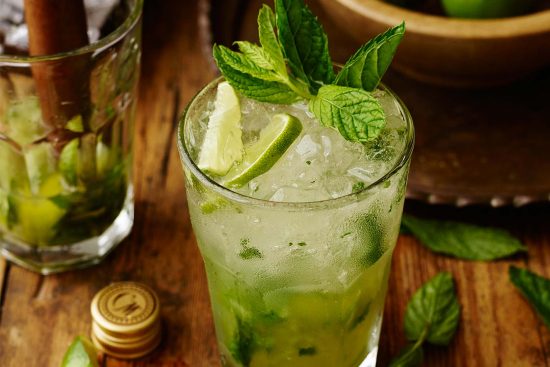 One of the most absolutely refreshing highball drinks you’ll ever have, Mojitos originated in Havana, Cuba as early as the 16th century. Said to be based on a drink first made by Sir Francis Drake on one of this expeditions, Mojitos were known to be Hemingway’s favorite drink when he lived in Cuba. Funny how Pappa Hemmingway keeps popping up when it comes to drinks, huh?

According to a 2014 report, Mojito’s popularity has grown to the point where it’s become the number one popular cocktail in all of Britain. 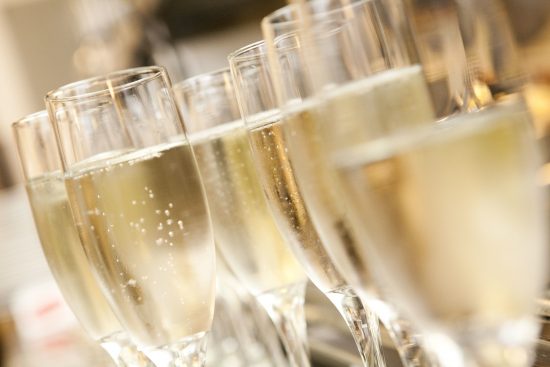 Feel like celebrating a big win? Time to pop the bubbly! This sparkling wine made from grapes from France’s Champagne region is the well-known to be the beverage of choice for celebratory occasions and will certainly make for a memorable toast! 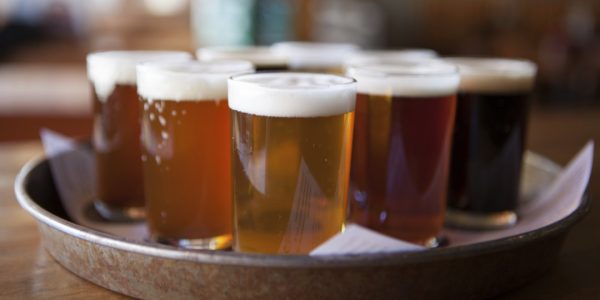 Ah yes, what better than a nice cold beer while playing some cards? The number one alcoholic beverage in America has been the beverage of choice when having a BBQ, watching football, or playing cards with friends, and when playing in casinos it’s certainly not different. Treat yourself to a nice craft ale while you’re at it. You deserve it! 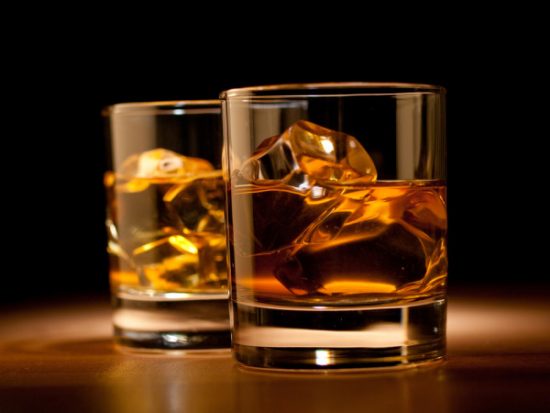 What is more classic and rugged than a nice Scotch on the rocks? Some would argue that there is no better way to unwind from a long day than a nice 12 year single malt and hitting the slots or the blackjack table, and I’m not sure that we can disagree.

Regardless of what delicious beverage you choose to indulge in during your Casino night, do remember that while gambling and alcohol may be a truly enjoyable combination, both are best in moderation! Cheers and good luck! 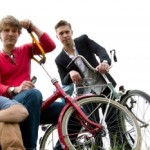