If you’ve ever wondered what makes a Cognac different from an Armagnac, wonder no more! The world of brandy is a vast one. Brandy is a category of spirit that is made from distilled wine or fermented fruit juice. Its name derives from the Dutch word “brandewijn,” which translates to “burnt wine”. The French were distilling wine in the early 16th century, but the Dutch would popularize the spirit and make it go global. As the Dutch travelled the world, they wanted a way to transport this delicious French wine they were buying up. They found that it was much easier to fit on the boat if they distilled it down and decreased its volume.

Despite its storied history, brandy remains as current as ever, as it continues to gather fans around the world. Find out more about the 12 different types of brandy and what makes them all unique.

All Cognac is brandy, but not all brandy is Cognac. That’s because for a brandy to be a Cognac, it must be distilled from white wine and follow a stringent set of steps, as well as adhere to certain ageing requirements, much like Champagne.

In Cyprus, the island in the Mediterranean that’s off the southern coast of Turkey, brandy is made from fermented Xynisteri grapes. This grape is indigenous to Cyprus and is found in Cypriot wines and desserts (via Annabelle Hotel). The result is a spirit that is lighter than other brandies.

Armagnac brandy hails from Southwest France in a region called Gascony. Cognac is distilled twice, but Armagnac undergoes single distillation in a device called an alembic armagnaçaise. At that point, it undergoes a period of aging in oak barrels. This is not a brandy that’s made in bulk. It is a regional specialty that’s made with a variety of grapes from the area. The unique blend of grapes and Gascony terroir bring a certain style and flavor to Armagnac that can’t be replicated anywhere else.

There’s a brandy for apple lovers and its name is a dead giveaway that it’s slightly different from other brandies. Regionally, Apple Brandy is called Calvados or Applejack, depending on where you’re drinking it. The ‘jack’ in applejack refers to the process of jacking, which is freeze distillation that separates the alcohol and water content through a freezing process. Applejack is also supplemented with other grain spirits, so it’s not quite a brandy, but is close enough and often mentioned under the general category.

If you’re a fan of the spirit Sherry, you may be familiar with Jerez. This southwestern Spanish city, full name Jerez de la Frontera, is the world capital of Sherry, but they also make a brandy. Brandy from Jerez, Spain must be aged in American oak barrels. These barrels must have been previously used to age Sherry, which imparts some of sherry’s signature notes into the brandy.

Pisco is the national spirit of Peru, and has actually been adapted into any cocktails that have made their way around the world. If you’re a fan of cocktails, you might know the pisco sour or pisco punch. Pisco is a brandy that doesn’t undergo aging like most of its peers. Pisco puro uses only one grape, oftentimes the indigenous Quebranta variety. There’s also Acholado Pisco, which is made from a blend of grapes, and Mosto Verde Pisco. The latter is a rare form of pisco that is made from grape juice that is only fermented part way.

Brandy is an ancient form of fruit juice distillation that can be traced back to Muslims in the 8th century, who used the concoction for medicinal purposes. Peach brandy is a spirit that plays on this tradition but uses peaches instead of grapes. It is more common, however, to add peach flavouring instead of using actual peaches. Peach brandy is great as a shot or a slow-sipping aperitif, but you can leverage its sweetness to make several cocktails. You can also make your own peach brandy at home.

Fans of the zero waste movement love Grappa. This Italian brandy is made from grapes, seeds, and stems. A good Grappa should convey the grape’s notes and terroir. It’s certainly a strong spirit, though, so don’t expect anything less than 37% alcohol. It’s certainly not for the faint of heart! But if you are lucky enough to sip on a glass of Grappa, you may have had it neat. It’s the perfect digestif after a hearty meal.

Raki is a spirit that is renowned across the globe as the national drink of Turkey. It’s actually popular in a few other countries, including Greece, specifically on the island of Crete, Kazakhstan and more. But in Turkey, raki is defined as a brandy that’s made from grapes and even raisins. The spirit also takes on some flavor from anise, which is used to add flavor.

Divin is a little-known brandy produced in the Eastern European country of Moldova. Divin means “divine, marvelous, wonderful” in Moldovan. Divin is actually made using Cognac methods so you may notice that the taste is similar. That’s because in 1958, Moldova signed the Lisbon Agreement. Once it gained independence, it agreed to stop using the official Cognac title. That didn’t change the quality, though — and today, Divin is known as a nice alternative to Cognac.

Calvados is Normandy’s very own contribution to the world of brandy, and this spirit is made with apple cider that may also contain a small amount of pear cider. Apple brandy was first mentioned in the 1500s, but Calvados didn’t become popular in France until infestations of the pest phylloxera ruined vineyards, affecting both the wine and Cognac supply. French farmers needed to make a living and turned to their apples to create an income stream. Calvados is enjoyed between courses as a way to aid in digestion during a long, leisurely meal.

South Africa and brandy have enjoyed a long history together. Brandy production is centered in the Cape region of South Africa, which is also a hub of wine production. If you think about the history of Cognac as well as of South Africa, it makes sense that the drink has found a home there. The Dutch popularized the spirit and also made their way to South Africa, bringing their drink along with them. It was 1672 when South Africa made its first wine, and it would be only 13 years later when they distilled brandy. There are a few requirements that South African brandy must meet. For starters, it must be made from local grapes. Colombard and Chenin Blanc are the most commonly used grapes. South African brandy must also be produced and aged locally. Although South African brandy isn’t as famous as French brandy, it’s worth trying if you want to sip on something better than Hennesey. This year, as brandy from South Africa was awarded as the World’s Best Wine Brandy at the 2022 World Brandy Awards. 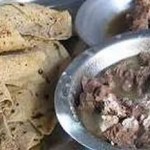