Bacon has been a beloved staple of breakfast plates for centuries, treasured for its umami flavour and satisfying crunch. But according to food experts, it’s also important not to underestimate bacon’s power as a brain food to keep you performing at your best throughout the day.

Melindi Wyma, professional food scientist and Group Technical Manager of leading pork manufacturer Eskort, notes that while bacon is often prepared as a special weekend treat, it can play a useful role in healthy, balanced diets.

“Bacon packs a punch of surprising nutritional benefits for boosting our brain function and mental health,” she says.

“By consuming healthy amounts, bacon can support and boost vital processes such as brain development, memory and learning, which makes it the perfect addition for families to brighten up their mornings – especially now that end-of-year exams are just around the corner.”

For example, in addition to its many nutritional benefits, providing a source of protein, B-vitamins, iron, magnesium, zinc, phosphorus, and even omega-3, bacon also provides three major brain-boosting nutrients, she notes.

Firstly, bacon is a key source of choline, an essential nutrient vital for brain health, cognitive functioning, and mental acuity. Research shows that an increase in your uptake of choline through foods such as bacon can speed up your brain’s processing and learning speeds, improve your memory, and support overall intelligence while helping to ward off degenerative diseases such as Alzheimer’s and Dementia.

In 2019, scientists at the University of Eastern Finland performed a clinical trial on 2,500 men which found that a higher intake of dietary choline reduced the risk of Dementia by as much as 28%.

Secondly, bacon also offers an excellent source of protein featuring all nine essential amino acids. These amino acids function as the building blocks for the production of brain cells, brain chemicals, neurotransmitters and hormones – all of which impact mood.

For example, the meat is particularly rich in the amino acid tryptophan, one of the key ingredients our bodies use to create the happy hormone serotonin, which in turn works to reduce depression and anxiety. Cooked bacon supplies an average of 0.4 grams of tryptophan for every 100 grams eaten, compared to chicken breasts or salmon which provide only 0.36 and 0.32 grams respectively.

And finally, bacon contains high amounts of selenium, with an average of five micrograms in every slice. Selenium plays a central role in balancing and regulating thyroid hormone levels and is closely associated with lower levels of depression. Scientific studies further suggest that diets rich in selenium can help to halt the mental decline and improve memory among Alzheimer’s patients.

“As the country’s oldest pork manufacturer, Eskort has developed a wide range of bacon products for the local market over our 105-year history, with as many as nine different styles and cuts to suit any taste or diet while providing the same brain-supporting benefits – including a newly launched braai bacon,” says Wyma.

Streaky bacon remains a particular local favourite, especially in the wake of the banting diet boom that followed the release of Tim Noakes’ popular The Real Meal Revolution. In the five years between 2016 and 2021, for example, total Eskort bacon sales soared by 40%. Meanwhile, the sale of Eskort’s streaky bacon boomed as much as 65% over the same period, demonstrating the particular appeal of streaky bacon for low-carbohydrate, high-fat diets.

South Africans love streaky bacon for its equally balanced fat-to-meat ratio, with 15 grams of fat per rasher for added taste and crispiness. By contrast, however, low-fat dieters tend to opt for back bacon or lean diced bacon, which both offer a meatier bacon with less fat for the weight conscious, she explains.

“Back bacon is a classic centrepiece of breakfast tables with only eight to 10 grams of fat per rasher, while lean diced bacon contains less than five grams of fat per 100 grams, giving households the same pleasure with less guilt.

“With these great benefits in mind, the good news for fellow bacon lovers is that you can love your mornings again by spicing things up with a slice or two of your favourite food.” 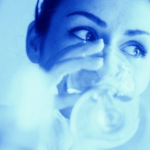