Indications are that the ban on the sale of tobacco products will be extended beyond level 4 of lockdown and into level 1, which means smokers will continue to pay extortionate prices for black market cigarettes for the rest of this year. Free Market Foundation CEO Leon Louw said, “Smokers should be prepared to pay R20 for a single cigarette or R200 a box for many months to come. The pandemic will be with us in some form until next year, so don’t expect tobacco sales to be unbanned before 2021.”

Louw continued, “As usual with all rushed and ill-conceived regulations, the law of unintended consequences is at play. As at the end of April, Treasury has lost in excess R300m in excise duty from tobacco products, the illicit trade has been handed the market on a plate and is charging extortionate prices. People have not stopped smoking. Government has turned 11 million smokers into criminals overnight”.

The significant results in combatting the illegal trade have been thrown away. The future looks bleak for the legitimate industry including all of the informal traders and small retailers who rely on tobacco sales to make a living. This will be very difficult to combat in the future. The illegal tobacco trade has cost South Africa more than R40 billion in lost taxes since 2010.

What is the motivation for the ban on tobacco? Who knows. Louw said, “Where is the evidence that tobacco products increase the spread of COVID-19, or why tobacco products are singled out when other goods are shared such as food, drinks or communal toilets? Why aren’t they banning sugar since studies of Chinese COVID-19 patients shows that the death rate was three times higher in patients with diabetes?”

Recent research by UCT’s Research Unit on the Economics of Excisable Products has proven that the vast majority of smokers in South Africa continue to purchase cigarettes under the lockdown, and that they have simply switched their buying behaviour from law-abiding, tax compliant shops that employ vast numbers of South Africans, to the illegal market, and often travel long distances to procure illegal product. So much for the travel ban.

South Africa is only one of three countries in the world to have banned cigarettes during the pandemic (along with Botswana and India). According to Louw, the government has yet to provide evidence has been provided to suggest that smoking has any impact on COVID-19. The WHO has not released evidence or data on how smoking impacts the virus and has not taken a position on whether countries should ban tobacco sales. Even if certain studies attempt to make a connection between smoking and COVID-19, why haven’t other countries followed their advice and banned tobacco?

It appears that government has ignored the advice of its own Medical Advisory Committee (MAC). So what is the source of their advice? The public – smokers and non-smokers – have a right to know.

Government is also ignoring the mental health aspects of a sudden withdrawal of nicotine, which are well documented. Nicotine withdrawal has been forced upon millions of smokers, with no regard for their mental health.

Louw said, “This ban is unnecessary, unprecedented and has no basis in scientific fact. Government is accountable to the people – the day of reckoning will arrive. Public goodwill and support generated in the first three weeks of lockdown are disappearing fast. They better have a very good explanation.” 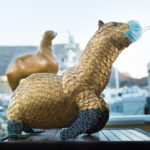