South Africa could lose half of its wine-growing areas by 2050 thanks to climate change. But local producers are mapping this change and becoming more efficient and resilient so that they can keep growing grapes where they are now.

Walking around the Villiera wine estate outside Stellenbosch, co-owner Simon Grier said he had spent the past 20 years making its production processes as efficient as possible. At first it was just because “it was the right thing to do”, but now it is increasingly with an eye to saving money and ensuring that Villiera is resilient enough to survive any changes in climate and operate off the grid as often as possible.

“Cheap power was the biggest disservice made to this country and our industry because it made us wasteful and inefficient,” he said.

In a paper published earlier this month called Climate Change, Wine and Conservation, environment organisation Conservation International said climate change would destroy 25% to 75% of all the areas currently used for wine cultivation around the world. South Africa stands to lose 55% of its wine-cultivating land, it said. This would occur as warmer temperatures created more droughts in the Western Cape and moved the terrain for farming further north. It could unlock areas such as the southern Free State for wine estates. 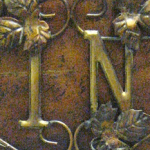