Together they built a business worth tens of millions, with 23 restaurants and thousands of fans.

When Michael Townsend sold Harbour House Group, he started a new restaurant business called Cowboys and Crooks. His friend Stuart Bailey, who had been his CEO and was his son’s godfather, omitted just one letter for his own new restaurant chain, calling it Cowboys and Cooks.

On Tuesday, a Cape Town high court judge said the relationship between the men had “most likely come to an untimely end” after an application by Townsend to liquidate Bailey’s business.

Flush with cash after selling Harbour House – now known as Life & Brand – Townsend lent R6.5m to Bailey’s group when it wanted to buy the Slug & Lettuce group of six Cape Town pubs for R13m from Adrian Reeder of Equicap.

By this time, said judge Patrick Gamble, Bailey had changed his company’s name to C and C “to avoid confusion in the market place as to who might be crooks and who might just be cooks”.

Gamble said Townsend tried to withdraw the loan in August when he was unable to renegotiate a five-year restraint of trade agreement with Life & Brand, which limited him to running three restaurants.

“It came to Townsend’s notice that [C and C] was struggling to pay its trade creditors, which were then in excess of R2.2m,” said Gamble. “It also owed Reeder R6.5m and Townsend the same amount.”

On October 10, the high court granted Townsend’s application for the provisional liquidation of the company and Bailey did not put up a fight, said Gamble.

The following day, Townsend wrote to business associates and suppliers, confirming that his companies were financially sound and would continue trading.

The letter ended: “We distance ourselves from the financial conduct of Mr Bailey and the C and C Restaurant Group and we anticipate that liquidators will be appointed shortly to manage the further affairs of this group.” 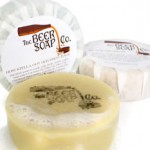