It’s been an exciting few years for craft beer, but as the industry continues to grow and mature, so too will its challenges. Here are some issues and health risks drinkers should be paying attention to.

Anyone who has experienced the last hour of a beer festival has seen craft beer fans who may be pushing their fandom to dangerous limits. Craft beer culture encourages curiosity and exploration among consumers but has relatively little to say about healthy drinking habits. By turning beer into a hobby and a lifestyle, craft as a market trend smooths out a lot of the stigma that would otherwise be attached to, say, drinking an 11% double IPA at lunch and then having another one.

Beer is an agricultural product reliant on access to clean water and a consistent supply of quality hops and grain. With the current drought situation, access to water is currently on the mind of many breweries.

On the other end, the brewing process produces a significant amount of byproducts and waste in the form of spent grain, hops and yeast. Donating spent grain—the leftover malt from brewing and beer’s biggest byproduct—to local farmers for animal feed is common practice, but it could get more complicated as there are proposed rules from the Food and Drug Administration under the Food Safety Modernization Act to regulate brewers’ spent grain sold as animal feed. 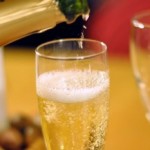