The first mention of Gouda cheese dates from 1184, making it one of the oldest recorded cheeses in the world still made today.

The cheese is named after the Dutch city of Gouda, not because it is produced in or near the city, but because it has historically been traded there. In the Middle Ages, Dutch cities could obtain certain feudal rights which gave them primacy or a total monopoly on certain goods. Within the County of Holland it was Gouda which acquired the sole right to have a market in which Hollandic farmers could sell their cheese. It was at Gouda that all the cheeses would be laid onto the market square to sell.

Teams consisting of the guild of cheese-porters, identified by differently colored straw hats, carried the farmers’ cheese on barrows, which typically weighed about 160 kilograms. Buyers then sampled the cheeses and negotiated a price using a ritual system called handjeklap in which buyers and sellers clap each other’s hands and shout prices. Once a price was agreed, the porters would carry the cheese to the weighing house and complete the sale. To this day farmers from the surrounding region gather in Gouda every Thursday morning between 10 am and 12:30 pm from June until August to have their cheese weighed, tasted and priced. 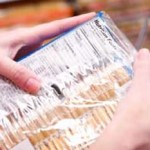