National Pie Day – celebrated every year on January 23 – was started in the mid-’70s by Charlie Papazian, a nuclear engineer from Colorado in the US, who had such a passion for pies that he decided to celebrate the pleasurable pastry with its own day and chose his birth date on which to do it!

Historians trace the pie’s initial origins to the Greeks, who are thought to be the originators of the pastry shell which they made by combining water and flour. The wealthy Romans used many kinds of meats, even mussels and other types of seafood, in their pies, while in medieval England, they were most often filled with beef, lamb, wild duck or pigeon and spiced with pepper, currants or dates, often to make the rich, gamey flavour more palatable.

It was only later that chefs began to experiment with sweet fillings using fruits such as apples, cherries and blueberries. A cookbook from 1796 listed only three types of sweet pies, while one written in the late 1880s featured eight sweet pie varieties. By 1947 the Modern Encyclopaedia of Cooking listed 65 different varieties and today there are literally thousands of recipes for sweet pies.

Pies today are made with everything from apples to zucchinis. The most popular sweet ones amongst South Africans include the classic apple pie as well as lemon meringue pie and pecan pie, while savoury favourites are pepper steak, chicken and mushroom and steak and kidney. Pies also come in the form of quiches, tarts, big pies or small pies and even dishes like a shepherd’s pie, a cottage pie or a favourite of the festive season – the mince pie! 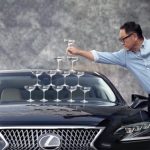