Pimm’s is almost as British as a cup of tea. This popular summer drink is served at almost every summer event throughout Britain. The refreshing beverage is most associated with Wimbledon, but you will also find it at polo matches, the races, the Henley Royal Regatta, graduation ceremonies and every garden party. It’s certainly one of the most refreshing libations the booze world could ever bestow and it’s therefore important to know where Pimm’s was born.

Pimm’s was invented by James Pimm, the owner of several oyster bars in London, in the early 1840s. At the time there was a massive focus on the health benefits of drinking ‘tonics’ and the original recipe included quinine because of its medicinal qualities. Pimms was invented as a gin-based health tonic and served in a small tankard called the No.1 cup, hence the name, “Pimm’s No. 1 Cup.” The drink was a big hit and in 1859 Pimm expanded his business to sell it by the bottle to other taverns.

According to Eater, the franchise was eventually purchased by Samuel Moray. In 1870, the Pimm’s company was sold again, this time to Horatio Davies, who would go on to be the Lord Mayor of London. He sold the product to other restaurants throughout greater London, while he also expanded the Pimm’s brand internationally. By giving bottles to colonial administrators, explorers and members of the armed forces, Pimm’s made its way to the Galle Face Hotel in Ceylon (Sri Lanka), Cape Town and up the Nile to forces in Sudan. Ever since not a summer goes by without people asking if it’s Pimms O Clock yet!

If you thought Pimm’s are only for drinking, think again! Here are some things you can do with Pimms apart from drinking it, including making your own Pimm’s ice lollies. 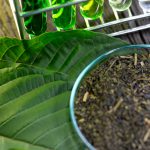 Kratom For Sale Near Me