In the late 14th century, the first known waffle recipe appeared in an anonymous manuscript, written by a husband as a set of instructions to his young wife. The recipe read: “Beat some eggs in a bowl, season with salt and add wine, toss in some flour and mix. Then fill, little by little, two irons at a time with as much of the paste as a slice of cheese is large. Then close the iron and cook both sides. If the dough does not detach easily from the iron, coat it first with a piece of cloth that has been soaked in oil or grease.”

Nowadays, the common recipe used to make waffles does not include wine but still makes use of flour, eggs and salt as well as baking powder, sugar, milk, butter and a few other ingredients (full recipe below) and are made with the use of an electric waffle iron.

Given its popularity, there’s little wonder that a day has been set aside to honour the waffle and International Waffle Day is celebrated worldwide on March 25.

While the word waffle only appeared in the English language in 1725, it is directly derived from the Dutch word wafel which itself derives from the Middle Dutch wafele – which first appeared at the end of the 13th century and which was preceded by the French world walfre in 1185. Both are said to have come from wafla an old Frankish word meaning ‘cake’.

Although the recipe for making basic waffles is the same around the world, the same cannot be said for the toppings.

South Africans tend to stick to the likes of Chocolate Stout Beer Waffles with Whiskey Syrups while Americans like to tuck into waffles topped with fried chicken or stacked with crispy bacon and drenched in maple syrup.

Swedish waffles are made in special irons that create four heart shapes and are usually served with a dollop of cream and fresh berries while in Hong Kong you will find waffles laced with the flavours of peanut butter or honey melon.

Whatever toppings take your fancy, make sure you celebrate International Waffle Day with this classic recipe from Capsicum Culinary Studio, South Africa’s leading culinary school with six campuses across the country. 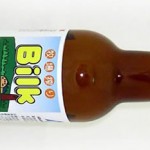