The world’s largest wine cellar is something to behold. Stretching an impressive 200 km and filled with nearly 2 million bottles of wine, Mileștii Mici is the ultimate playground for wine lovers.

where should wine fans travel in search of Mileștii Mici? To Moldova! Playboy dubbed Mileștii Mici one of the 9 Coolest Places in the World to Drink Wine, and if Playboy’s not your cuppa tea, Moldova was also featured in Bloomberg’s The World’s Next Big Wine Regions.

The Mileștii Mici wine cellar is found in the commune of Mileștii Mici, just 18km from Chişinău, the country’s capital, and has been internationally celebrated having been recognised as “The Largest Quality Wine Collection in the World” by Guinness World Records.

Mileștii Mici is like an underground wine city: the winding tunnels have been given street names to help people navigate them and all streets have been named after different wine types. In fact, it’s so large, you can travel through it by car or bus, and staff ride bikes through the tunnels to get around.

And as if having the largest wine cellar in the world wasn’t enough, the Moldovans also lay claim to the world’s second largest wine cellar – the Cricova wine tunnels. Stretching a more modest 70 km, with a smaller wine collection of 1.2 million bottles, Cricova attracts tourists in the thousands as well as celebrities and public figures from around the world including Angela Merkel and John Kerry.

Moldova is a country with a great wine tradition, and wine is a major product of its economy, so it is fitting that the world’s biggest wine collection should be found there. 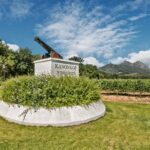 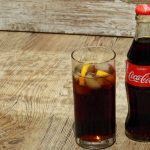 Was Coca-Cola actually invented in Spain?