Anyone who’s read Anthony Kiedis’ tell-all autobiography Scar Tissue will know the Red Hot Chili Peppers used to party hard in their day but those days are long gone.

During their recent tour to Australia the band demanded non-alcoholic beer and soy milk on their rider and we suspect the same will be requested during their tour in South Africa.

Some other demands on their Australia rider included:

A proud vegan, frontman Anthony Kiedis has said the band only eats organic food. “It’s the one thing we try to do collectively as a group,” he said.

So gone are the booze and ciggies. It’s been replaced by a meditation room, yoghurt covered peanuts and… Calvin Klein t-shirts! 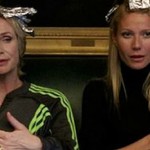