Tequila Patrón, the world’s largest selling super-premium tequila brand, took the world by storm with an absurdly expensive, 100% agave tequila in the 90’s when gold, “mixto” tequila was king. In the past decade, Patrón has dominated the category so completely, that with over a thousand competitors in pursuit, the tequila brand is in little danger of being knocked from its perch.

Then again, big deal. It’s simple to shrug off Patrón as another big-box brand that rests its laurels on slick marketing and mass distribution. That’s what I thought. But when I visited the Patrón Hacienda in Atotonilco El Alto, Mexico, I found a family style company that makes an ocean of small batch tequila on a gorgeous estate that employs hundreds of people. As their tale untangles, Patrón proves to be as unlikely a success story as you’d expect from the quirky “little” brand that changed tequila forever.

In 1989, billionaire John Paul DeJoria, the eccentric founder of hair care empire Paul Mitchell Systems, asked his buddy, Martin Crowley, to bring him back good tequila from an upcoming trip to Mexico. Crowley returned with an attractive hand-blown tequila bottle and an idea to launch a brand. Recognizing the lack of decent tequila in the states, DeJoria agreed to give it a shot. The friends, now partners, were in business. If it didn’t sell? It’s cool. They’d give it away. Flights to Mexico were booked. 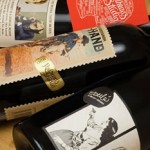