“They say necessity is the mother of all invention,” laughs Bartlett. “In the case of WINE CONDOMS- it just took a sense of humor!”

WINE CONDOMS offer an alternative to traditional wine stoppers by resealing bottles from the outside rather than the inside.  The idea was birthed when Bartlett lost the original bottle cork and had to find an effective substitute. What resulted was a Saran Wrap + rubber band gizmo that you’d expect to see on a past TV episode of “MacGyver.” “Mom, that’s so ghetto,” joked Mitch. What started out as a just a joke soon proved to have advantages over conventional wine stoppers; mainly they sit flush with the rim of the bottle, thereby making it fit easier in refrigerator doors & shelves.

Mom & son have taken their idea from concept to working prototype and are now hoping that crowd funding via a 30 day Kickstarter campaign will raise their goal of $7,500. The money raised will go towards meeting the minimum order requirements to manufacture and package WINE CONDOMs, which can be used on beer bottles, too. 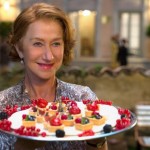