For those looking to impress this Valentine’s Day, here’s a dinner that will run you a cool £61,000 (US $99, 594.70) or (R 1 million). In collaboration with GreatBritishChefs.com, British luxury site VeryFirstTo offers what the Daily Meal claims to be the most expensive Valentine’s Day menu on Earth.

Looking to emphasize the menu’s theme of exclusivity and rarity, Pacific bluefin tuna also make the list — a species many wildlife activists say are as close to extinction as the white rhino. Of course, throughout the dinner, only the most rare and beautiful wines will be poured including a $ 27, 755.90 bottle of 1990 La Romanee-Conti, Domaine de la Romanee-Conti. 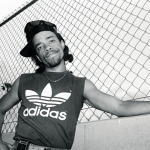 The Health Benefits of Iced Tea