Chances are you’ve never heard of a quiet, unassuming 50-year-old Vietnamese businessman named Viet Nguyen Dinah Tuan. But if you’re a whisky collector, you probably know about Macallan’s Fine & Rare Collection—periodic, extremely limited offerings of some of the Speyside distillery’s rarest and oldest single malts. And if you’re really a staunch fan of collectable whiskies, you may also have heard about the Springbank 1919 single malt, which was released in 1970, with only 24 bottles produced.

On October 24, 2019, one of those 50-year-old cult classics was auctioned off by Sotheby’s in London for a record-breaking price of $283,000—making it the most expensive bottle of Springbank ever sold.

Tuan just happens to have one of those bottles. In addition, he owns the world’s only complete set of the Macallan Fine & Rare Collection, including the very first release—a 1926 vintage of only 40 bottles—of which 12 bottles were affixed with signed and numbered labels designed by Sir Peter Blake (the artist who created the Sergeant Pepper’s Lonely Hearts Club Band album cover for The Beatles) and another 12 bottles with labels designed and signed by Italian graphic artist Valerio Adami. As a point of interest, in 2018 one of the Adami-designed bottles sold for $1,100,000, thereby establishing a world record at the time for the most expensive single bottle of whisky ever sold at auction. Tuan’s owns both the Blake and Adami signed versions of these bottles.

These ultra-rare whiskies are only part of Tuan’s 535-bottle collection, which has recently been valued at $13.9 Million and certified by Guinness World Records as the most valuable whisky collection in the world. Although other whisky collectors may own a greater number of bottles, no one else has amassed as many bottles of whiskies that are collectively worth as much at Tuan’s, as verified by Sotheby’s London experts, based on realistic “open market” UK auction hammer prices. The value as well as the authenticity of each bottle was also independently confirmed by Rare Whisky 101, a respected international whisky brokerage and investment service. 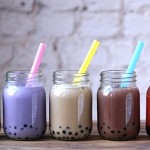