Swedish brewery PangPang has released a beer targeting individuals looking to get their brew on in the shower.

It hardly seems like the best place to enjoy a cold one, yet some people have been doing it for years.

The problem with showers is that they’re usually quick, so you don’t have the time to gulp down a whole bottle of your favourite lager. To solve the problem, PangPang in collaboration with creative agency Snask, have come up with a smaller-sized beer designed to be consumed while showering.

“Shower Beer is a sweet but strong pale ale in a 18 cl small bottle meant to gulp in three sips while standing in the shower getting ready for the night,” Snask describes their creation.

The beer sold out immediately after it was released, but a rep from Snask says the company is currently looking into exporting to the US. 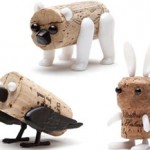