Liverpool City Council has launched a new online tool to show residents the true calorific impact of their drinking habits.

The Drink Less Feel Good campaign, which launched on Monday 5 February, allows people to see how much they are drinking in junk food-terms as part of the council’s initiative to get locals to cut down.

The study carried out by the council found that most people consider their high levels of drinking “the norm,” while measuring alcohol in units leaves many confused about their own intake.

The council said that focusing on calories instead will give residents a better sense of what their alcohol consumption actually means in terms of their own health. 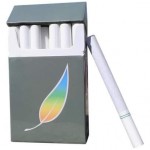