If you’ve ever wanted to eat cheese made from Heston Blumenthal’s crotch or Ruby Tandoh’s nose, now’s your chance!

According to archaeologists, people have been fermenting for at least 9,200 years, and yet, not everyone’s convinced. The process requires bacteria, which can result in funky sights and smells, squicking some people out. Still, it’s safe to say that fermentation advocates have done a good job of turning people on to the magic of microbes: dry-aged beef is on high-end restaurant menus, and more and more people reap the flavor rewards of raw-milk cheese.

So, you’ve conquered kombucha, and maybe you’ve even trained your nose and palate to accept the distinct foot-like quality of the dankest washed rind cheeses. I’d wager you’ve still got limits, though, and a new exhibit at London’s Victoria & Albert Museum is here to push them. A “bold exhibition” called “FOOD: Bigger than the Plate” shows off not only a toilet made of cow manure and an edible water bottle, but also “human cheese.” The latter is made—you guessed it—using human bacteria. And not just any human bacteria, but celebrity bacteria.

Most cheese is made using starter cultures, bacteria that curdle the milk, and often, those starters come from a packet. For the V&A’s five “human cheeses,” however, that bacteria came from beloved celebrities, who had their skin swabbed in the name of science and truly funky cheese: from baker and food writer Ruby Tandoh to chef Heston Blumenthal to Blur’s Alex James, a cheesemaker himself. (British rapper Professor Green and Suggs of the ska band Madness also contributed.) It’s “like a celebrity selfie in cheese form,” reads V&A’s blog. 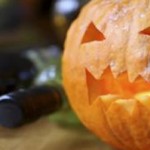