In theory, it sounds somewhat amazing: being able to get drunk without drinking a drop.

Surely, Baudelaire would’ve tauted such an existence. But if you speak to any of the approximately 60 people who have stepped forward as victims of auto-brewery syndrome, it’s nowhere near as amazing as you’d expect.

Also known as gut fermentation syndrome, auto-brewery syndrome is characterized by a phenomenon in which yeast that’s trapped in the small intestine ferments sugars into ethanol, leading to drunkenness. The condition first became evident in a Japanese study involving patients with chronic yeast infections. Apparently, the patients all had an abnormal liver enzyme, as the research described, meaning that they lacked the capacity to remove alcohol from their bodies. 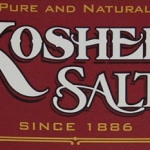 The fastest way to chill wine