The Mardi Gras in New Orleans is less than a week away! To wet your palate for the festive occasion, we present the quintessential lubricant for the party. The Hurricane cocktail is a creation of a New Orleans institution called Pat O’Brien’s, located just off Bourbon St. in the French Quarter. Pat O’Brien’s has a number of claims to fame. The establishment has the city’s most famous (and probably only) flaming courtyard fountain. They are also hailed as innovators within the duelling piano bar community. In addition to these, Pat O’Brien’s created the Hurricane in 1942.

The original recipe used a syrup called “fassionola,” all but discontinued now, which was lurid red and evoked, we’re told, a passionfruit fruit punch. Many well-respected tiki barmen call it a passionfruit syrup, so their Hurricane recipe is simple as rum, lemon, and passionfruit syrup. Others, like celebrated New Orleans bartender Chris Hannah, take the fruit punch approach, adding orange juice and grenadine, and some go further still, with Galliano and simple syrup and vanilla.

This leaves us with a bizarre little dilemma. It’s nearly Mardi Gras, we want to make Hurricanes, but we literally don’t know-how.

Fear not! Seeing that it’s a patriotic and religious obligation to have at least one, we have the ultimate Hurricane cocktail recipe.

Add all ingredients to a cocktail shaker with crushed ice. Shake briefly to whip, then empty contents into a curved “Hurricane” glass and garnish with an orange slice and a cherry.

If you are committed to sober living, fear not! This year the Mardi Gras will have a safe space for sober revellers. If you can’t make it to New Orleans in time, have a sober party at home with a Hurricane Mocktail. 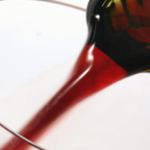