Welcome to vodka excess! Vodka brands are known for different marketing and packaging stunts to differentiate themselves from each other. Crystal Head vodka is dialling up the absurdly luxurious with a vodka filtered over 10,000 Herkimer Diamonds. The Canadian vodka company was started by Actor Dan Aykroyd and launched in the U.S. in 2008, and is easily recognized for its skull-shaped bottle.

The Herkimer Diamond studded product was launched in 2017 and is called Aurora.  The vodka is five times distilled and filtered seven times. Three of the filtrations pass through layers of 10,000 Herkimer diamonds.

While extravagant, it’s difficult to tell how distilling vodka through diamonds enhances the flavour. At the time of the launch, the luxurious product raised some questions. Why do they need to use 10,000 diamonds? Where did they get that many Herkimer Diamonds? Would a regular diamond be better or worse?

Crystal Head claims that Aurora has a drier, bolder, spicier character from the base wheat (and the Herkimer Diamonds?) than other Crystal head vodkas.

It’s not just the liquid inside that’s more than a little extra. The skull bottle is placed into a sealed chamber and electrically charged. Then, to add some colour, two metals in powder form are activated seven times and released in the pressurized chamber. The powder is drawn to the electrically charged bottle – completely coating it. Then heated at high temperature, the powder melts, creating a uniquely iridescent metallized finish in which no two bottles are alike.

You’ll have to try Aurora yourself to see if it’s any different from other vodka brands and shines bright like a diamond. The Aurora bottle has an opalescent finish that is meant to evoke the aurora borealis. 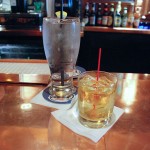