A restaurant has cooked up an unholy row after it started selling burgers topped with communion wafers and a red wine sauce.

Kuma’s Corner in Chicago insists the ‘Ghost’ burger – named after a Swedish rock band whose members dress in religious robes – is not intended to offend Christians.

Wafers and red wine are used by Christians to represent the body and blood of Christ during communion.

In this case the wafers used are unconsecrated – but the burger has still led to criticism from some Christian commentators. 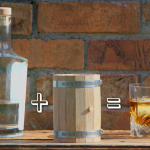