Bosses at Aberdeen University, which unions claim is denying its staff fair pay, are to spend nearly £100,000 on champagne and fine wine.

The university was last night criticised by one union – whose members are locked in battle with the institution about pay rises – over the “outrageous” amount.

But the seat of learning defended the spending, which amounts to nearly £270 a day over the next year, and said it will actually make the institution a huge profit. 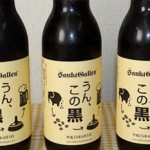