Step aside bacon soda! This porky drink calls for vodka. If bacon is your thing, then Bakon Vodka should be on your wishlist of drinks to try before you die. Produced by Black Rock Spirits in Seattle, Bakon Vodka is indeed vodka flavoured with bacon.

PURE, REFRESHING, BACON. Or so they say. The company’s website describes this vodka for bacon lovers as: “A superior quality potato vodka with a savoury bacon flavour. Clean, crisp, and delicious. This is the only vodka you’ll ever want to use to make a Bloody Mary. It’s a complementary element of both sweet and savory drinks.”

If you love a Bloody Mary almost as much as you love bacon, then Bakon Vodka should be the next spirit you pour into your morning after drink. Make no mistake, it will, without a doubt, take your Bloody Mary game to new highs. 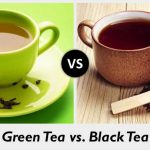 The difference between Green Tea and Black Tea