Craft beer is riding the crest of a wave, and as microbreweries gain in popularity, brand identities are getting more expressive and creative.

Robot Food’s identity for new microbrewery, Vocation, is as daring as the beer it crafts.

John Hickling brews beer with distinctive, punchy flavour. Each hop forward beer stands out from the norm and names such as ‘Heart & Soul’ and ‘Divide & Conquer’ fly the flag for the brewery’s fearless attitude. Vocation’s beers are bold, brave and uncompromising and like beer, like brewer, they all epitomise Hickling’s passion for his trade. John originally left his job in a bank, sold his house and set up his first brewery, Blue Monkey. After selling up to explore new ventures John realised he only had one vocation. He’s now back where he belongs, brewing the types of beer he wants to drink. 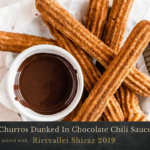 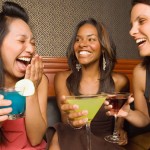 Does Getting Drunk Make You Funnier?