Turmeric (also known locally as borrie) has long been lauded for its medicinal-like qualities and, as with all fashionable things, it has been having its moment in the spotlight. The benefits of turmeric are many; up until now, the turmeric that you’ve consumed has probably been in a curry or some kind of spicy dish – it’s recognisable by its potent yellow colour. Of late, however, we’ve seen turmeric drinks becoming popular, with the turmeric latte (also called golden milk) being the forerunner.

If you’ve ever had the pleasure of dining at Leopard’s Leap, you will be familiar with their generous serving style at their harvest table and irresistible rotisserie lunches.

Arriving at the home of KWV is impressive to say the least.

Since its inception in 1918, the KWV brand has been a figurehead of South African wine culture, a pioneer and an innovator for almost a century. 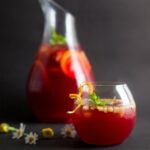 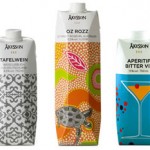