A Scotch salvaged from a famous shipwreck is expected to earn as much as $20,000 in an on-going auction now live, online.

As protests against police brutality and racism in police culture continued across the United States and around the world last week, sparked by the death of George Floyd, many corporations, brands, celebrities, and sports franchises showed support for the Black Lives Matter movement via statements on social media and by donating money to allied organizations. Many of these efforts were hailed as sincere and helpful. Other gestures drew criticism, such as the Washington Redskins sharing a #BlackOutTuesday post on Twitter; the football team’s name is considered racist and is itself the subject of controversy.

A restaurant where robots serve tea and scones probably sounds like an unlikely sci-fi movie scene, but it’s soon to be a reality. The Tea Terrace is investing big on tech while it awaits the end of lockdowns in the U.K. All bars, pubs, cafes and restaurants closed on March 20 as part of nationwide measures to curb the spread of COVID-19. But even when businesses are free to welcome in customers again, Ehab Shouly, the managing director who started the Tea Terrace in 2010 with his wife Rowena, doesn’t think it will be the same as before.

Back in the 1970s, 80s and even 90s, many lovers of gastronomy as well as those looking to visit tourist sites and boutique hotels around Europe, would use books that they held sacred, the Michelin Guides.

Did you ever wonder why — if Trappist Belgian monks make the best beer in the world and European nuns brewed through the Middle Ages and beyond — no Trappist convents currently brew beer? While they still don’t brew, the Trappistines of the Abbey of Our Lady of Nazareth in Brecht, Belgium, have partnered with the brothers at Abbey of Our Lady of the Holy Heart of Westmalle to make what may be the world’s first Trappist ale shampoo.

If you are not all that familiar with the wines of South Africa, welcome to a large number of wine lovers in the same boat. The simple fact is, there are very few South African wines exported to the U.S., even though the country’s winemaking goes back to the 17th century via Dutch settlers and the industry’s Cooperative Wine Growers’ Association was founded in 1918. But South Africa’s distance from the western world, the Depression and World War II and its apartheid policies kept the wines out of many markets until well into the 1990s.

The health benefits of red wine in moderation are well known, thanks to the antioxidant resveratrol, which is thought to shield the body against heart attacks, cancer and other diseases.

Fancy a tequila? Before you reach for a glass you need to decide how you enjoy your tequila and what style you want to drink. Do you drink it as a shot? Do you savor it slowly like a fine liqueur or do you like tequila on the rocks?

This weekend rapper Snoop Dogg managed to set a new Guinness World Record for the biggest paradise cocktail ever — and it was made of gin and juice, of course.

People are gradually becoming more active and wellness is taking center stage but can our cocktails also be healthy? While a healthy cocktail seems like somewhat of a contradiction, there are plenty of calorie-conscious cocktails that use fresh ingredients and boast far less calories than the usual go-to cocktails like margaritas, pina coladas and the likes. 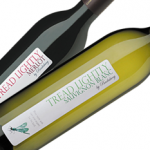