While many homebrewers have already become surprised by the long-going beer brew ingredient list, some other agents called beer finings are the new addition to the list. But for a good reason. Beer fining is a processing agent that is used to help to improve beer clarity without a change in flavour. Sounds interesting, no? Let’s learn about them below in greater detail before your next brew.

What do finings refer to in brewing?

By definition, beer fining is a brewing aid added to beer to alter the processing in terms of clarity. They remove the organic compound from the process without affecting the taste and natural aroma of the finished product. Generally, they bind the unusual particles together and create cloudy haze – allowing them to drop out to the bottom of the vessel.

What are the types of beer finings?

There are different types of beer finings for industrial use. However, the homebrewer process can require a specific fining during each brewing process. Thus, it is wise to have a couple of reasonable fining solutions next to your hand. The most common and best finings are:

Irish moss is a bit of a misnomer and part of seaweed. Nevertheless, it is one of the most common fining aids for homebrew. It is affordable, available, and a pinch of a teaspoon can clarify a full of the five-gallon batch. In addition, Irish moss can add to the wort at the end of the boil. So, it reduces the risk of exposing the contaminant in the air.

Whirlfloc is an excellent alternative to Irish moss and is applicable for those who do not want to soak their Irish moss in water before getting to the boil. The tablets are straight made from the Irish moss but come as an expensive agent due to the additional processing.

If you want something highly available and want it available in your native grocery store, then gelatin is your product. This fining comes from animal parts such as horse hoops. Gelatin is a potent beer fining that binds the yeast to other additional substances in your beer, allowing it to float to the bottom of the vessel.

Isinglass is pretty standard in fining brews in both liquid and powder form. However, the liquid form is more appropriate as it does not require any hydration. It also offers flexibility as it can go directly into the fermentation without additional preparation.

How does a fining work?

Beer fining is correct to add at the end of the boil or after the brew has been brought down to room temperature. The perfect timing to add the fining is right after the end of the fermentation. Irish moss and Whirlfloc tablets are supposed to be added by the end of the boil. For boiling, it should be added in the last 15-20 minutes, and for fermentation, the right timing is to add it before 3-5 days of bottling. However, be careful while adding the fining as large molecules can create nucleation that releases carbon dioxide from the beer, creating a gush of rapid foaming and damaging the taste.

Is it necessary to use beer finings?

You perhaps are thinking about why it is necessary to use the beer fining. Although beer fining is not mandatory for the homebrewer, it will give great clarity, making the drink more pleasant in terms of flavour and taste. Therefore, it is not beneficial to avoid using finings until there are some natural obstacles. Furthermore, as there are numerous types of beer finings for industrial use available in the market, you can use any of them according to your budget and preference.

How long does the fining take to clear the brew?

It depends on the fining type. Some beer finings, like Irish moss and Whirlfloc, are added to the boil and dissolve quickly. If you observe, you can often see how fast the clumps of protein and other particulates fall in the bottom of the brewing pot. Beer finings used in the fermentation stage usually takes three to five days to show their actual magic.

Can you use the wine fining for beer?

Yes, you can, but this is applicable for specific options. In this process, it is best to go through the homebrew recipe and use the particular type the recipe is allowing. For example, brewers often use gelatin and isinglass while brewing wine and beer, partially because of their availability. Other wine finings like egg whites should never be added to beers. 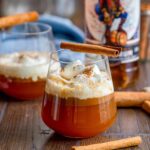 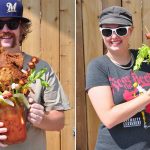 This Bloody Mary Has a Whole Fried Chicken In It