For the April 1 release of its “Pride 1974” single-malt scotch whisky, Glenmorangie decided to tap a timeless concept: That music enhances the whisky-drinking experience.

Pride 1974 is the oldest, rarest and deepest expression ever released from the distillery — only 503 crystal decanters exist — and it will sell for $9,050 a bottle. To celebrate, they asked renowned jazz pianist Aaron Diehl to use the whisky as his muse and create a song about what this whisky might sound like.

The Pride 1974 is a vatting — or marrying — of whiskies matured in two different casks, one in American oak casks that formerly held bourbon, the other in ex-Spanish casks that used to hold Oloroso sherry. 41 years on, a union of liquid matured in these two types of casks became the rare bottling. Single-malt scotch distillers commonly fill their distillate in ex-bourbon or ex-sherry casks, with each type contributing different attributes to the whisky over time. 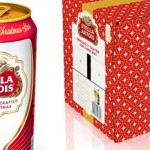