Having started out as everyday fare in Japan, ramen has become a cult food around the globe. Even prisoners has caught onto the ramen craze. So what’s the best possible drink to pair with our favourite soup noodles?

Ramen can be tricky to pair. There’s the stock and noodles to consider, but also the flavours of the pork on top and other toppings including eggs, preserved vegetables, spices, and maybe even chili oil.

Then there are all the different varieties. Shio, Shoyu, Miso, Tonkotsu, Spicy. Where shall we start?!

The salt-based broth is the oldest of the traditional styles. Chicken and seafood are typically introduced to the mix, with pork only making the occasional appearance. Veggie additions like green onions, bean sprouts and bamboo are often added perks.

Recommended drink: A light beer, such as a Pilsner or a Belgium-style wheat beer. 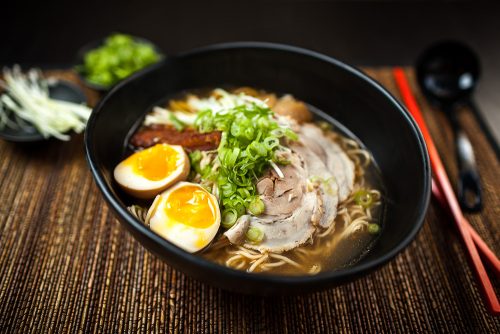 Shoyu is one of the simplest ramens when it comes to ingredients. The broth is chicken based and moderately thick,  and while shio ramen tends to just be salted broth, shoyu gets an extra addition of soy sauce. 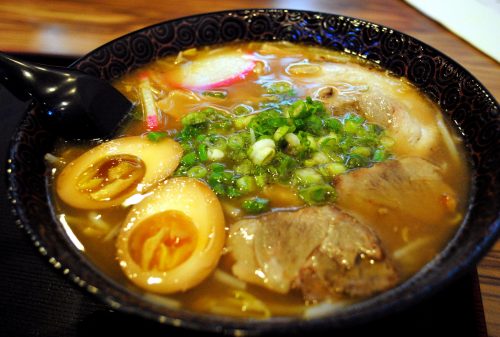 One of the latest styles to emerge in the ramen world in the late 1960s. Miso’s slightly cloudy broth is made with soybean paste. Its earthy, nutty flavors act as a strong base for rich pork belly, cabbage and buttery corn. Miso also lends itself well to spicy chili paste.

Recommended drink: Cider will offset and round out some of the saltiness from the miso without getting overpowered by it. The apple notes and the hint of residual sugar will add balance to the dish. 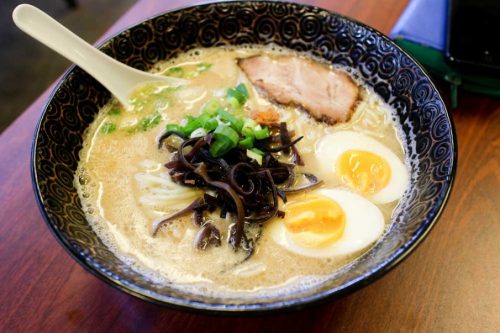 Tonkotsu is made by simmering pork bones for long hours to extract the fatty marrow and flavors from the bones. The creamy, oily broth is so thick it resembles cream or milk. Tonkotsu is often flavored with chicken broth to add a salty base, and egg, mushroom and dark greens often play garnish.

Recommended drink: A non-fruity Sake. The added alcohol will help cut through the richness of the broth, and a sake with some mushroomy aromas would work nicely with the porky flavours. 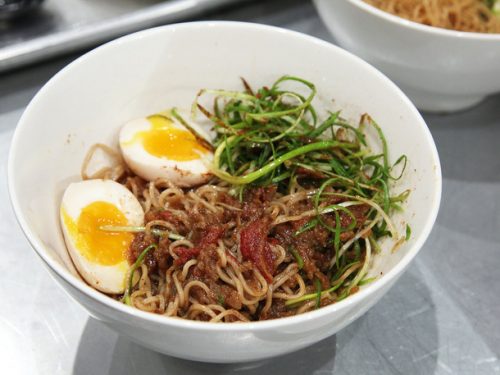 The thickest style out there, mazemen is, in essence, Japanese meets Italian. It’s like pasta. Broth is cut out of the picture and the sauce is simply made of tare (liquid seasoning) and aroma oil. The noodles are heavier because a thin noodle will get too soggy, and the taste will be too heavy. As for the toppings? You might find the more innovative creations in this category — think chili eggplant mazemen.

Recommended drink: A bright and simple red wine is your best bet. Pick a Shiraz or Pinotage. 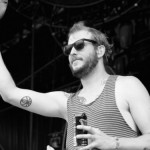 People who drink alcohol outlive those who abstain, study shows