To qualify as a scotch the spirit must be made from malted barley. The spirit must also be aged in oak casks for no less than 3 years and must have an ABV at less than 94.8%.

Bourbon whiskey must be made from a grain mixture which is at least 51% corn often started by mixing in some mash from an older already fermenting batch, a process known as sour mash. Bourbon can only be labeled as bourbon if it was made in the United States. Rules are slightly looser with bourbon than with Scotch but it still has to form to a few requirements.  It must be distilled to no more than 80% alcohol, aged in new charred oak barrels. There is no minimum aging period but to be called straight bourbon it must be aged for no less than two years (and can have no added coloring, flavor or other spirits added). Bourbon Inspector explains the differences further here. 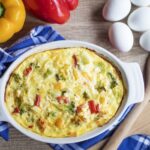 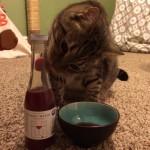 You can now buy Pinot Meow for your cat