US drinks giant Jack Daniel’s is hoping to cash in on Britain’s booming cider business.

The famous whiskey maker is expanding its core range with the launch of Tennessee Cider in UK supermarkets.

The new drink, an apple cider blended with Jack Daniel’s whiskey, is 5.5 per cent alcohol by volume.

Sold in a 330ml bottle with a black and white label closely resembling that of Jack Daniel’s original whiskey, it will be available to shoppers in the UK ahead of a global launch.

Trade magazine The Grocer says the cider is going on sale at Londis stores and is set to appear in branches of Morrisons and Asda next month.

Jack Daniel’s says the choice of the UK to launch the cider reflects the “growing trend for innovation” in the British cider industry. 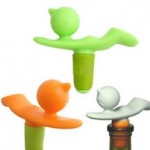