THE INTERNET IS full of videos of thoughtful people setting things on fire. Here’s a perennial favorite: Cleave a grape in half, leaving a little skin connecting the two hemispheres. Blitz it in the microwave for five seconds. For one glorious moment, the grape halves will produce a fireball unfit for domestic life.

Physicist Stephen Bosi tried the experiment back in 2011 for the YouTube channel Veritasium, in the physics department’s break room at the University of Sydney. On camera, he and the show’s host whooped in the glow of the grape. “Who needs drugs?” Bosi yells in the video, as a particularly psychedelic plume erupts. Off-camera, they discovered they had burned the interior of the physics department microwave.

It’s a crowd pleaser, as long as you avoid melting your kitchen appliances. But it turns out, even after millions of YouTube views and probably tens of scorched microwaves, no one knew exactly why the fireball forms. Popular online explanations usually say that the grape halves act like an antenna, and they somehow direct microwaves onto the small bridge of skin to ignite the initial spark. But nobody had actually done the math to prove it. After several summers of microwaving grape-shaped objects and simulating the microwaving of those objects, a trio of physicists in Canada may have finally figured it out. 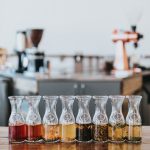