The hops found in beer not only add flavor, but also may lessen the damaging effects of alcohol on the liver, a new study in mice suggests.

“Our data suggest that hops content in beer is at least in part responsible for the less damaging effects of beer on the liver,” over the short-term in mice, the researchers from Friedrich Schiller University Jena in Germany wrote in their study, published online Sept. 22 in the journal Alcohol and Alcoholism. 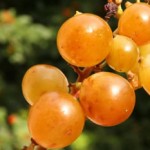 The only grape that taste like grapes in wine