Once the Western Cape’s hidden gem, Robertson is fast becoming an important wine region both for wine production and wine tourism.

Geoffrey Dean travelled there and found world class quality wines, dramatic scenery and plenty of intriguing characters, none less than Pieter ‘Bubbles’ Ferreira of Graham Beck whose sparkling wines have won international awards as well as having advocates in the shape of Nelson Mandela and Barack Obama.

Graham Beck, De Wetshof, Springfield, Zandvliet, Excelsior Estate, Esona, Wolfkloof and Kranskop are the wineries highlighted during the Buyer’s visit to Robertson, an area that still bears the hallmarks of its early Scottish influence.

Although it may not possess the bling of Stellenbosch or the Franschhoek Valley, another wine district in the western Cape, Robertson, is enjoying a major rise in its profile.

If its erstwhile reputation for bulk wine production deflected attention from its premium sparkling and white wines, stellar wineries like Graham Beck, De Wetshof and Springfield are attracting ever increasing numbers to their cellar doors. 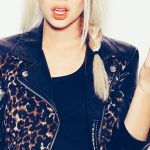 3 Of The Weirdest Beer Flavours