When Starbucks entered the South African market, its local partner said the full potential was 200 stores, but growth has been slower. There are 13 Starbucks locations as of October.

The first Starbucks in sub-Saharan Africa opened in 2016 through a partnership with Starbucks and South Africa’s Taste Holdings. But last November, after opening 12 Starbucks in South Africa, Taste said it would pause the rollout of new stores.

Taste is getting back on track and opened its 13th Starbucks in August, but growth has been slower than expected for Starbucks in South Africa.

“They are 15 to 25 percent more expensive than other chains,” said Michael Treherne, portfolio manager at Vestact Asset Management. “You come with a premium brand and that’s what people are attracted to. But, [as] soon as your pricing is expensive, you limit yourself to the number of customers who can actually afford it.”

Those high prices are especially prohibitive in a country like South Africa, where the middle class is small. From 2008 to 2015, about 20% of the population was considered middle class, according to The World Bank.

Taste Holdings has a plan to keep growing Starbucks in South Africa, which includes new store formats and menu changes. Taste has said it will open six new Starbucks in fiscal year 2020. 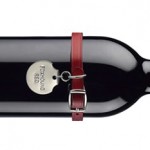