When cocaine and alcohol meet inside a person, they create a third unique drug called cocaethylene. Cocaethylene works like cocaine, but with more euphoria.

So in 1863, when Parisian chemist Angelo Mariani combined coca and wine and started selling it, a butterfly did flap its wings. His Vin Marian became extremely popular. Jules Verne, Alexander Dumas, and Arthur Conan Doyle were among literary figures said to have used it, and the chief rabbi of France said, “Praise be to Mariani’s wine!”

Pope Leo XIII reportedly carried a flask of it regularly and gave Mariani a medal.

Seeing this commercial success, Dr. John Stith Pemberton in Atlanta — himself a morphine addict following an injury in the Civil War — set out to make his own version. He called it Pemberton’s French Wine Coca and marketed it as a panacea. Among many fantastic claims, he called it “a most wonderful invigorator of sexual organs.”

But as Pemberton’s business started to take off, a prohibition was passed in his county in Georgia (a local one that predated the 18th Amendment by 34 years). Soon French Wine Coca was illegal — because of the alcohol, not the cocaine. 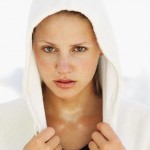 Is Drinking Wine Better Than Going To The Gym? According To Scientists, Yes!