Back in the mid-2000s, I used to write a weekly email newsletter called Gulp!, in which I would regale readers with my misfortunes in courting and the solace I used to find in both wine and music. It was surprisingly popular.

So, anyway, I’m married with kids now and there’s still not just solace but an immense amount of fun to be found in wine and music. The question is: Does this get celebrated enough?

It strikes me that wine media around the world has become rather earnest in the last 10 or 15 years. You might divide wine-related content into two broad sub-sets, the first being consumer-oriented wine criticism (“spitting and scoring”) and the second being high-brow wine journalism which seeks to analyse wine relative to the defining issues of our time. Could there be a third way of addressing the topic?

Wine criticism is destined to always be with us as it meets a demand for wine-buying advice. The key proviso here is that the wines in question must command enough interest and money to be relevant. Only when the stakes are relatively high will consumers seek expert reassurance before making a purchase decision. It’s all about who moves the market and consequently, it will never be pretty.

Issue-based wine journalism, meanwhile, is a worthy pursuit but typically doesn’t amuse or entertain. Topics of the day include “natural wine” as a reaction to excessive technology in the industry through the effects of climate-change to corporatism and the commodification of wine – not exactly LOL stuff…

What doesn’t seem to get written about nearly enough is how wine fits into our everyday lives and the good cheer that it brings. For instance, the last bottle of Columella I drank was the 2009 vintage opened several hours and many other bottles of wine after the final whistle of last year’s Rugby World Cup final which saw the Springboks triumphant and I couldn’t really tell you how it tasted other than it seemed first-class and the memory of its consumption is something I shall treasure forever. 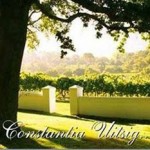