WINSTON, Ore. — Friday night was a big occasion for George the elephant, as the wine he helped make was finally released.

Almost 100 people were at the elephant barn at the Wildlife Safari to enjoy a show from the animals and try the new Riesling.

Last year, George stomped the grapes which were then processed and bottled by Reustle-Prayer Rock Vineyards.

The event was also used to bring in money for upgrades to the facility, which are needed to bring in new elephants that aren’t trained like Alice and George.

“This fundraiser is going to allow us to begin that process to do those upgrades, and allow us to bring in a multitude of different types of elephants,” said Wildlife Safari Executive Director Dan Van Slyke. 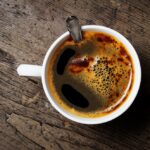 Are You Preparing Your Instant Coffee Correctly? 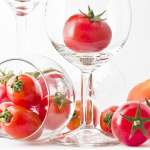 Someone Made Wine Out Of Tomatoes!