Gin has become an unstoppable trend that has many forecasters baffled as it is still as popular at the bar today as it has been for several consecutive summers.

The reason for the sustainability of the gin movement is being pinned to the fact that unlike many other spirits, gin can capture the flavours and florals of any region. In South Africa this is particularly true because of all the botanicals which flourish here.

No one knows this better than the team at Sugarbird Gin, and co-founder Nzeka Biyela. Setting up a gin brand is one thing, but Biyela and her team have gone one step further and leveraged from the sales of their spirit to donate towards grants and bursaries of entrepreneurs – mostly women from previously disadvantaged areas.

The donation kicks in after every 1 000 bottles of gin sold, and their Thundafund crowdfunding campaign also raised over R1 million.

Testament to the fact that they want their gin to be more than just alcohol, Biyela says: “I am beyond thrilled that we have gone over our dream goal. The response and support from our backers has been incredible and we cannot thank them enough.” 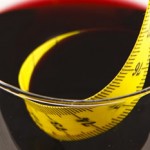