Woodford Reserve is typically known for their bourbon — and while that’s the majority of their product line, that’s not all they make. If you like sweeter lighter styles of whiskeys, but still want some of that rye kick, then the newly launched Woodford Kentucky Straight Rye is the exact rye for you.

Whiskey fans in South Africa have been eagerly awaiting the release, says Rowan Gibb, South Africa’s Super Premium Ambassador for Brown Forman, one of the largest Spirits and Wine producers in the world, and owner of Woodford Reserve (and Jack Daniel’s). “When it comes to the craft of bourbon, Woodford Reserve prides itself on maintaining an original and contemporary approach that focuses primarily on the adjustment of one of the five sources of flavour,” he says.

“To complement and emphasise the spice characteristics found in the original Woodford Reserve, the Rye uses a base that’s 53 percent rye, resulting in a liquid that’s both more balanced, and refreshingly subtle,” Gibb explains. “Woodford Reserve is more than a spirit, it’s a spectacle with more than 212 detectable flavours. It’s more than a bourbon. It’s a sensorial experience. Not only how it tastes, but how it smells, makes you feel and looks in a glass.”

It took almost nine years for Master Distiller Chris Morris to craft a rye that’s worthy of the Woodford Reserve name. Due to the consistency of the mash, rye is notoriously more difficult to craft than a traditional bourbon, requiring more attention to detail throughout production, leaving the bulk of production to only the most experienced Master Distillers.

“One of the primary reasons behind Woodford’s growth into the number one Super Premium American Whiskey in the World is because of our commitment to flavour which is something that’s engrained in everything we do,” says Morris. “Not only does it affect how I approach bourbon production personally, but it’s also the lens through which we view the future of Woodford Reserve, and I couldn’t think of a liquid that better embodies that than the rye.”

He adds that Woodford Reserve has always maintained a commitment to the spirit of innovation, and the rye is no exception. “Woodford Reserve Rye is produced with the same heritage and tradition that surrounds the iconic Woodford Reserve distillery in Versailles, Kentucky, USA.”

Commenting on the difference between Woodford Reserve Distiller’s Select and the Rye, Gibb says that the most notable difference is the various flavour profiles that stem from their base ingredients right in the beginning during the fermentation process. “The corn mash used in bourbon makes for a sweeter and full-bodied flavour, while the rye mash in rye whiskey creates spicy tones and a drier taste.”

“The Woodford Reserve Rye uses a pre-prohibition style ratio of 53% rye in its mash bill to pay homage to history’s original rye whiskeys, making spice and tobacco the dominant note among a sea of fruit, floral, and sweet aromatics, which yields a nice sweetness and overall balance,” he says. “Our rye whiskey can deliver complex flavours – neat, on ice, or in a cocktail, like a classic Manhattan. Balanced rye makes a more balanced cocktail.”

Woodford Reserve Rye will be available now at selected retailers in-store from the end of May, with an RSP from R449.95 for a 750ml and can be purchased in-store or online at Makro now.

Aroma: Spicy with distinct notes of rye, black pepper, cedar, and cassia bark sweetened with a dusting of marzipan. Hints of pear, apple, and almond dance in its depths.

Flavour: Clove, rye, mint, and honey mingle together with hints of apple and malt. 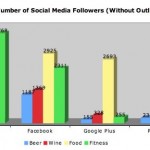