Let’s take a moment to talk about hot dogs. 20 July is, after all, International Hot Dog Day.

The history of a hot dog is difficult to trace, but its origins take us back to the 13th century when it was served mainly as a sausage during royal coronations.

Considering those yesterday years, it certainly has come a long way as one of the most popular mid-day meals/snacks consumed worldwide. Like most other food items, this too landed in the hands of luxury food chefs, who prepared special editions like New York’s Serendipity 3 $69 Foot Long Haute Dog, an all beef hot dog served inside a toasted pretzel bun, imported, topped with duck foie gras, vidalia onions, and black truffles.

To beat that record, the decadent dog, created by Vancouver-based restaurant Dougie Dog, comes soaked in the $2,000 vintage Cognac, fried in truffle oil and topped with Kobe beef, fresh lobster and the restaurant’s signature Picante sauce.

The foot-long Bratwurst carries a hefty price tag of $100, with more than 1,000 people so far coughing up the cash to sample the restaurant’s “Dragon Dog”, since it first launched in 2012.

Although anyone who wants a taste must order 12 hours in advance.

Speaking to New York Daily News, Dougie Luv, President of Dougie Dogs, said: “When I was designing this hot dog I wanted to come up with something super tasty but also high-end.

“But something that still stays true to the traditional identity of the hot dog – that any hot dog lover would enjoy. Just ask the 1090 people who have dared to spend $100 – they have all absolutely loved it.”

The creation was officially inducted into the Guinness World Records this week as the world’s most expensive hot dog. 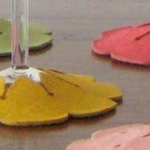