Andrew Harvey, Sydney, Australia, asks: I was told the world’s oldest productive vine is 400 years old. Is this true? If so, where is it?

John Stimpfig replies: According to Guinness World Records, the world’s oldest vine still producing fruit does indeed date back four centuries and can be found in Slovenia’s Stajerska region, on the frontage of a house in the Lent Quarter of Maribor on the Drava River.

Known as the Old Vine, it even has its own museum within the house (www.staratrta.si/en/) and an annual harvest festival.

The vine is a red variety called Zametovka and produces just 100 250ml bottles of wine each vintage. In 2004, Guinness World Records stated the vine was ‘at least 375 years old’ and ‘could have been planted more than 400 years ago’. 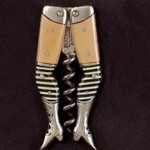