With boxed wines becoming more common on store shelves these days (and wine on tap at bars, even), clearly the notions of how our favorite beverages come packaged are changing. But while wine almost inevitably ends up in a glass before reaching your lips, how would you feel about drinking your beer from a bottle that more closely resembles a single-serving milk carton in its shape and size?

till in its concept phase (meaning, it’s not happening yet — but the idea’s out there), Heineken’s Cube concept provides a square bottle that’s more efficient and economical for stacking, packing and traveling with bottles of suds, both from distributor to store, as well as in your home fridge. The concept, created by the French industrial designer Petit Romain, actually recalls an earlier rectangular-shaped Heineken bottle developed by the Dutch brand in 1963, which was intended to be recycled and used in construction. When you think about how far ahead of its time that was, Romain’s square offering seems entirely sensible – late-coming, even.

Would you scrap your longneck beer in favor of a cube-shaped bottle? 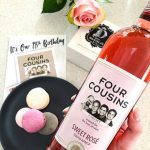